B&M Waste Services, a leading waste management company, are thrilled to have been shortlisted for a National Recycling Award 2019 in the ‘Campaign of the Year (up to 10k)’ category for their Refuse not Refuge campaign, supported by national homeless charity, Crisis.

Speaking about the nomination, Jayne Kennedy of B&M Waste Services, commented: “The Refuse not Refuge campaign is vital in raising awareness of the dangers of sleeping in bins. As a waste service provider, this issue is one that we are very aware of, however many are not. We are delighted that the campaign has received recognition from the National Recycling Awards and we hope that, with the help of Crisis, we can continue to raise awareness of the issue across the UK.”

Jon Sparkes, Chief Executive of Crisis, said “It’s great that B&M Waste Services have been recognised for their Refuse not Refuge campaign. We know all too well the dangers faced by people rough sleeping across the country, many of whom try to find protection from the elements and somewhere safe to stay. Worryingly, this means that many people use bins as a form of shelter – but we know how dangerous and even deadly this can be. Ultimately homelessness must be ended once and for all, but in the meantime, it’s so important to raise awareness of issues like this and we’re proud that our partners B&M Waste are helping to do this.”

The National Recycling Awards will take place at the London Hilton on 27th June. To keep up to date with B&M Waste, click here. 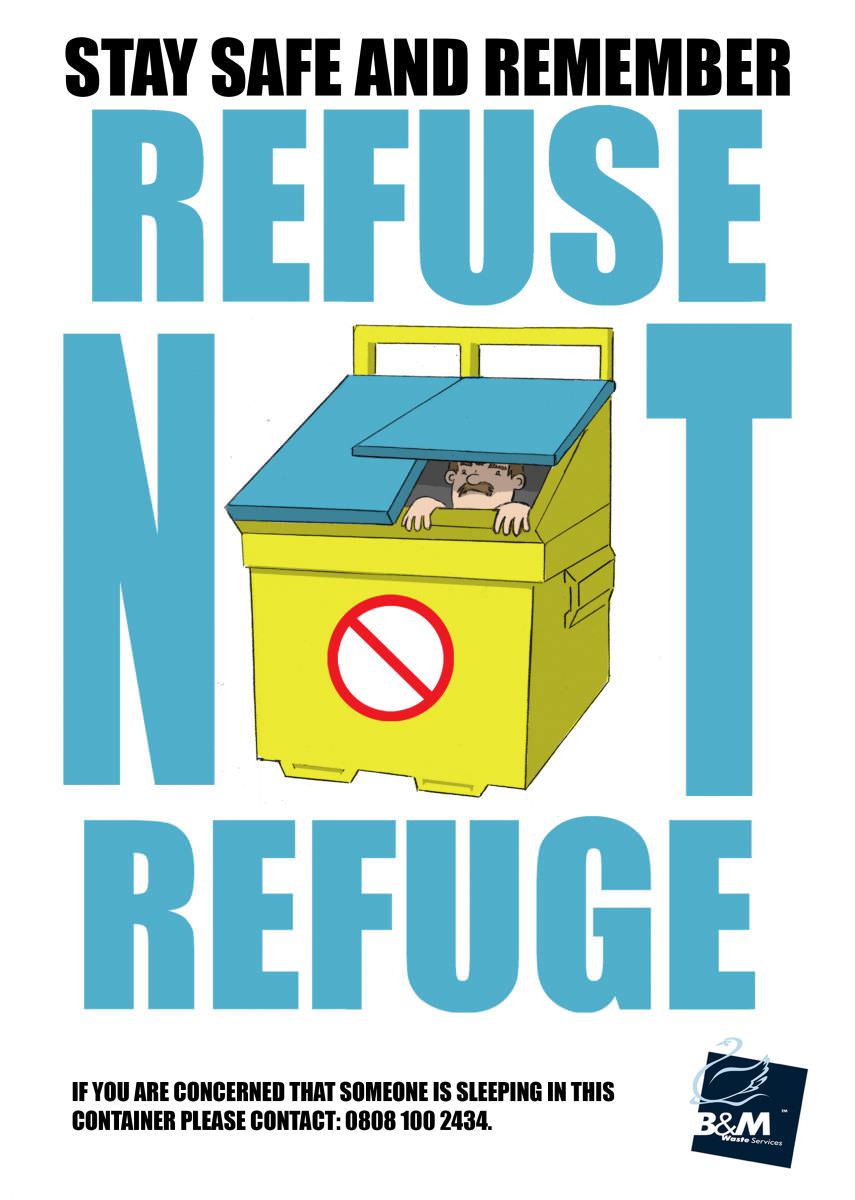