More than 100 years ago, W.K. Kellogg founded his company through his belief in nutrition and dedication to well-being. Motivated by a passion for people, quality and innovation, he created the first-ever breakfast cereal and then shaped an entire industry. Kellogg soon became a household name; his signature, a trusted mark.

The Kellogg’s factory in Manchester has been making cereals since 1938, including popular brands such as Corn Flakes, Coco Pops, Rice Krispies and Crunchy Nut.

An innovative proposal set out B&M’s plans to increase recycling, improve efficiencies and reduce the overall costs associated with managing the waste generated on a high production site that operated 24 hours a day.

Following a waste audit at the factory, B&M believed it could significantly reduce the volume of waste produced and increase recycling rates significantly. By identifying and segregating different waste streams such as general waste, metal, bulky waste, cardboard, plastic wrap (cereal bags), polypropylene bulk bags and food waste, B&M wanted to design a bespoke solution to save time, money and space for the cereal giant.

The total waste management project includes the management of two on-site waste operatives who work Monday to Saturday handling all the waste and recyclate before it leaves the premises.

B&M Waste Services repaired a disused compactor that was fitted to the wall of the factory and this replaced the need for general waste skips. Subsequently, we were able to reduce the collection frequency to just once per month, so maximising the payload and reducing the factory’s indirect carbon emissions.

The on-site waste operatives carry out a streamlined process of collecting recycling containers from around the site, bringing them to a central recycling area for processing. The empty containers are then returned to ensure there are always containers available for Kellogg’s staff to decant their waste into.

Kellogg’s is operating a best-in-class waste and recycling programme at its Manchester factory. The waste management provided by B&M allows Kellogg’s to concentrate on doing what its does best – making quality cereal for all the family to enjoy. In addition to reduced disposal costs and increased recycling rates, Kellogg’s benefits from a Carbon neutral service and receives detailed weekly waste reports in a format that allows Kellogg’s management to clearly identify its targets and cascade this information to key stakeholders across Europe. 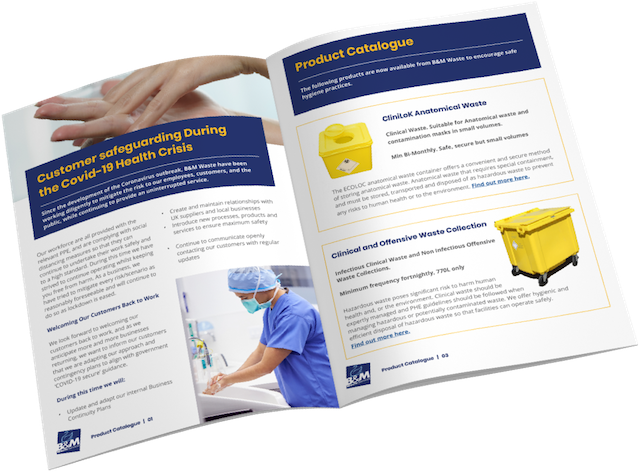